Sydney is the daughter of Jill Shulman and one of the head trainers at Back Country Farm. Now representing Israel, Sydney has competed across the United States and Europe for many years. In addition to training with her mom, Sydney has also trained with the help of John Roche, Brianne Goutal, Stacia Madden, Max Amaya and Frank Madden over the years to continue to expand her knowledge in the hunter, jumper and equitation rings.

Sydney experienced an incredibly successful career in the ponies and throughout her junior years, winning the Ronnie Mutch Award, multiple championships at Pony Finals, the North American Junior and Young Rider Championships, and more. Shulman turned professional in 2015 and quickly grew to be one of the most competitive U25 and Grand Prix athletes in the industry.

Since then, Sydney has continued to accumulate top placings at the most renowned horse shows in the country, such as the Devon Horse Show and the Washington International Horse Show at the Grand Prix level. 2020 has continued to bring success for Sydney and her impressive string of horses, including Villamoura, J-Boston S.E, Ardente Printaniere and Azilis Du Mesnil, by capturing an impressive list of wins all the way up to the 5* level. 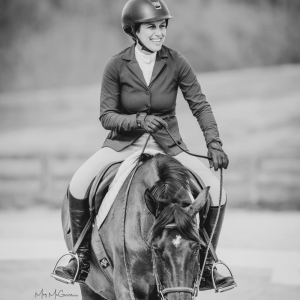 In part one, Beau experienced early symptoms of Cushing’s Disease. What started with symptoms of lethargy, difficulty losing weight, and struggling to gain muscle quickly

Omega-3 Fatty Acids: ALA vs. DHA vs. EPA

First things first, if you don’t already know this, listed above are the three primary forms of omega-3 fatty acids. Before we can begin to